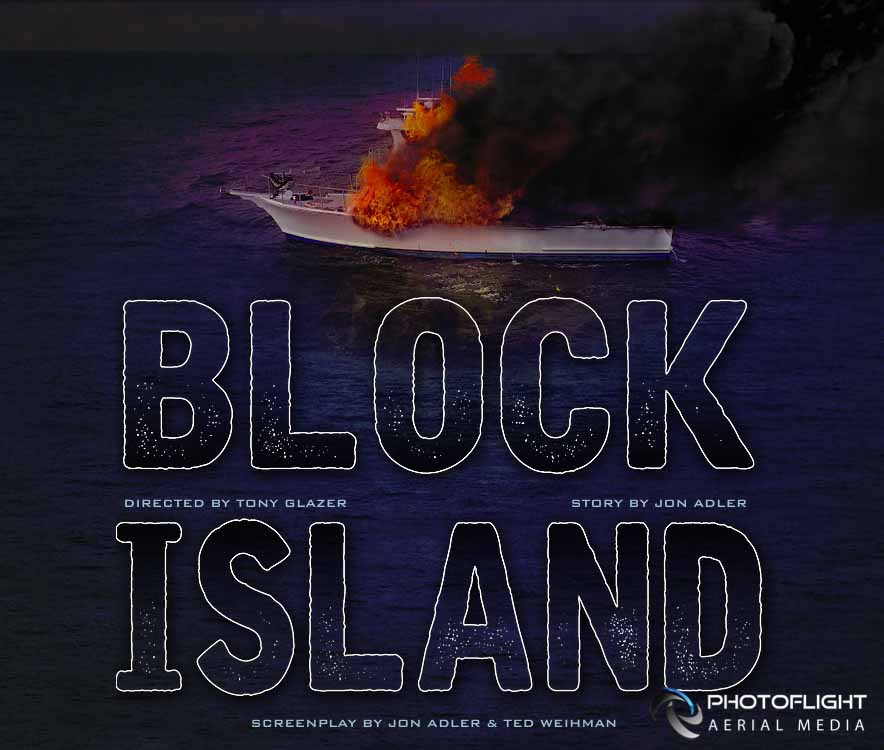 Block Island, a beautiful tourist destination of the coast of Rhode Island, is a setting of the new suspense thriller based on 2007 novel by Jon Adler with a great plot – when a group of college kids miss the ferry to their graduation party on Block Island, they fall prey to a demented fishing boat captain and his sadistic first mate. The movie’s release is planned for later part of 2017.

PhotoFlight Aerial Media Team was chosen by Choice Films as a drone camera operator to deliver low and high altitude aerial shots of the scenes taking place on the Seeker – a fishing boat that becomes a stage of struggle to survive by a group of college kids at the mercy of the disturbed captain and his first mate.

As it often happens in New England, the only predictable thing about the weather is that it will very likely throw in some challenge. This time, the high seas were the “menace” to conquer. As the Block Island Ferry was being violently rocked by huge rolling waves during our ride to the island, we wondered what the experience will be on a small chase boat.

Most of the open water drone filming was done while operating from a chase boat in  6-8 foot waves, where even simple standing up was at times very difficult. As we left the safety of the harbor and the conditions began to deteriorate,  we got to watch the camera crew on our boat go from enjoying the ride and smiling away filming with their cinema setup, through kneeling down just to hang onto their equipment, to packing it all up, getting sea sick, and falling asleep in the chase boat’s small cabin. While our drone production team is well versed in operating from boats, it became very difficult to land the drone after each flight as it would likely hit the side of the boat or one of us. We decided it may be actually safer to catch the drone. As Petr, our drone camera operator leans against the corner of the boat with his knees, he is being held by another crew member by his belt from behind. Mike, our extremely skilled drone pilot, navigates the drone towards him, trying to counter the rocking of the boat, so Petr can grab the drone from the air and bring it in. Having to do this over and over again without causing harm to the crew or the equipment required incredible amount of concentration, some luck, and a well orchestrated team with experience operating drones in difficult conditions.

Throughout the afternoon, we took turns in filming-the production crew on the Seeker had time to shoot their scenes, then the crew hid inside of the boat for the aerials. Our scenes included general boat tracking, filming talent performing on the boat, a simulated boat fire, and a dramatic night action scene. The mother nature has rewarded us with an incredible sunset scene, as if it thought that we deserved a little treat for surviving what it threw at us back on the open seas.

As the film production companies embrace drones as incredibly powerful tools capable of adding great production value to just about any project. Just as with any other tools, the drones are only as good as their operators, and  production companies seeking professional grade results are quickly discovering the value of working with an experienced drone service provider. Only an experienced team of drone operators can tap into the full potential of this tech and deliver professional grade product, while mitigating safety and regulatory compliance risks and exposure. PhotoFlight Aerial Media, one of the largest drone service providers in the US, is proud to offer the services of our dedicated two-operator drone production teams to studios and production companies throughout the nation. For more information about PhotoFlight’s drone production services, please, visit the Drone Photography & Video section of our website. 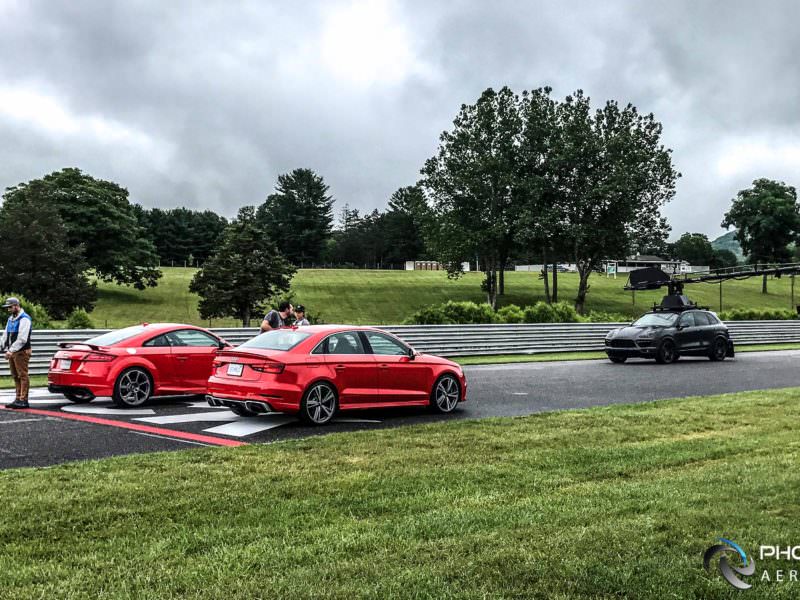 Behind the Scenes: Audi RS3 and TTRS promo with Audi Sport and Filmotechnic USA.