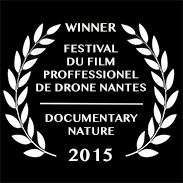 This video reel was also selected a Winner of Nature Documentary Category at 2015 Drone Film Festival in Nantes, France.

What is happening in this video: The Cranberries grow in cranberry bogs, which are flooded in time for harvest. A special combine is used to loosen the cranberries up from the vines, and the floating cranberries are then vacuumed from the surface into a container truck.