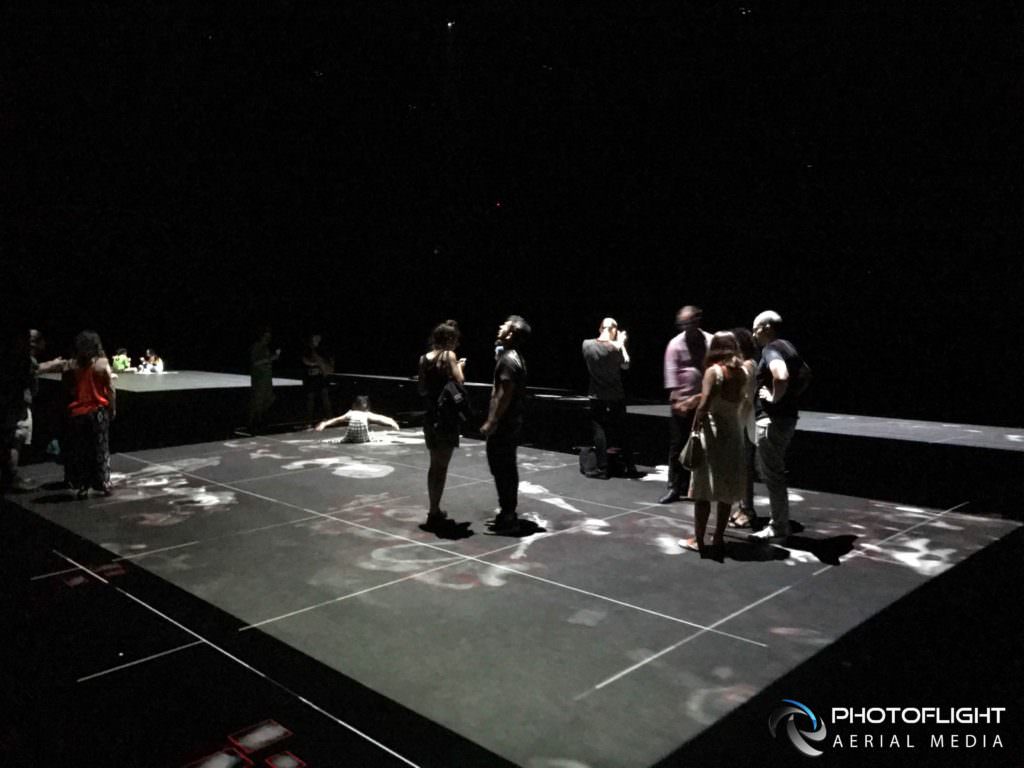 Park Avenue Armory, New York City’s center for unconventional cultural artistry and events, hosts an immersive and interactive installation that explores the issue of surveillance in today’s hyper-monitored world, referencing the story of Hansel and Gretel.

The commission by award winning architects Jacques Herzog and Pierre de Meuron, of Herzog & de Meuron, and an artist/activist Ai Weiwei, allows visitors to be both the observed and the observer as they participate in the installation in the Armory’s large historic Drill Hall.

PhotoFlight Aerial Media, a Connecticut-based drone service provider, who became one of America’s largest drone operators after recent series of acquisitions, has been selected to participate in this exhibit by providing a fleet of custom surveillance drones, a safety system that allows for safe operation of drones over people, and a staff of drone operators.

This was an exciting project for PhotoFlight’s team as it makes use of drones outside of their usual purpose of providing cinematic video and breathtaking photography, or help with mapping and engineering projects. Instead, live flying drones are being used as a part of an amazing interactive art experience.

Upon entering the 150x250ft large, dim and disorienting Drill Hall space, the drones loom overhead, being a constant yet elusive presence in this dark space. Overhead and drone-mounted infrared cameras capture every move of the visitors, and as they continue through the space, infrared video capture of their own image is projected onto the floor near them, following them around and leaving a digital “crumb trail” of slowly disappearing imprints.

Next, the audience enters the Head House “surveillance laboratory,” viewing and interacting with footage of the Drill Hall and facial recognition software. The visitors can explore the history and repercussions of surveillance in our society. The footage is not only available within the exhibit—but also to a global audience via a live stream online.

This unique drone experience is a result of six months of research, development and collaboration between PhotoFlight Aerial Media and Easy

applications. While indoor drone flying is not groundbreaking, operating multiple drones simultaneously, in a darkened exhibit hall, directly over the visitors and safely, reliably and consistently for two months is pioneering and required incredible amount of planning and testing.

The 55,000 square foot exhibit hall presented a challenge that very few teams have successfully accomplished.  “We are proud of this innovation, to be the first ever to fly multiple drones, indoors with such attention to safety and precision”, stated David Weiner CEO of PhotoFlight Aerial Media.

The drones themselves were carefully picked as their “feel” — look and sound had to create the feeling of being followed around without being overwhelmingly noisy or recognizable as popular consumer drones. They are used for remote autonomous infrastructure inspections and surveillance, and built with endurance and easy maintenance as priorities.

They consist of a Flybot – a computer core that takes care of the control and communication, and four arms with electric motors and propellers. Their payloads are thermal cameras that capture the images of people roaming about the exhibit space, transmitting live video to screens throughout the halls.

After many considerations of different autonomous options, the team has decided with fully manual operation as none of the available autonomous options proved reliable enough in this challenging space and conditions.

“There are quite a few elements that make this project difficult – the size of the space, an environment with plenty magnetic interference, and the fact that the room is dark, so the existing technology that uses cameras for orientation indoors cannot be used without unacceptable incident rate”, explained Ido Gul, Co-Founder & CEO of Easy Aerial—previously head of the Advanced UAV Development Group of the Israeli Air Force.

“Our focus during the planning stages was on two objectives: mitigating the possibility of an incident resulting in harm to the visitors to an acceptable level, and the reliability and endurance of the entire system, as each of our drones logs over 300 hours of flight time during the 8 weeks of the exhibit.” 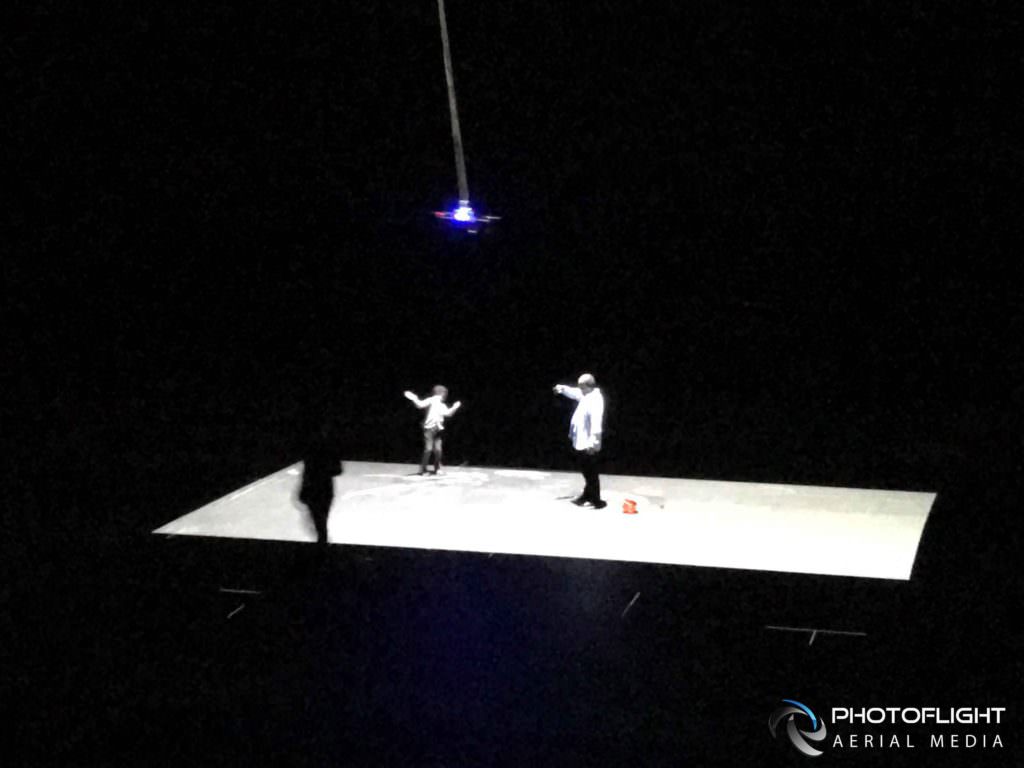 When flying drones indoors near or over the public, nets are usually used to create a barrier between the drones and people, mitigating the risk of any injuries resulting from a crash. However in this case, placing a net between the exhibit floor and the cameras and projectors was not an option.

A special Drone Safety Suspension System (or DS3), consisting of a pulley & tether system was specifically developed to ensure the safety of visitors. The DS3 was very carefully designed and thoroughly tested, requiring each drone to be equipped with its own retractable leash (or, tether), which travels along a suspended steel cable stretched across the exhibit hall.

If the drone malfunctions, the tether serves as a safety system to prevent it from getting into the space occupied by the visitors. This system also limits the range of the drones to prevent collisions with each other or the structure, making it easier for the operators to fly the drones in these challenging dark conditions. 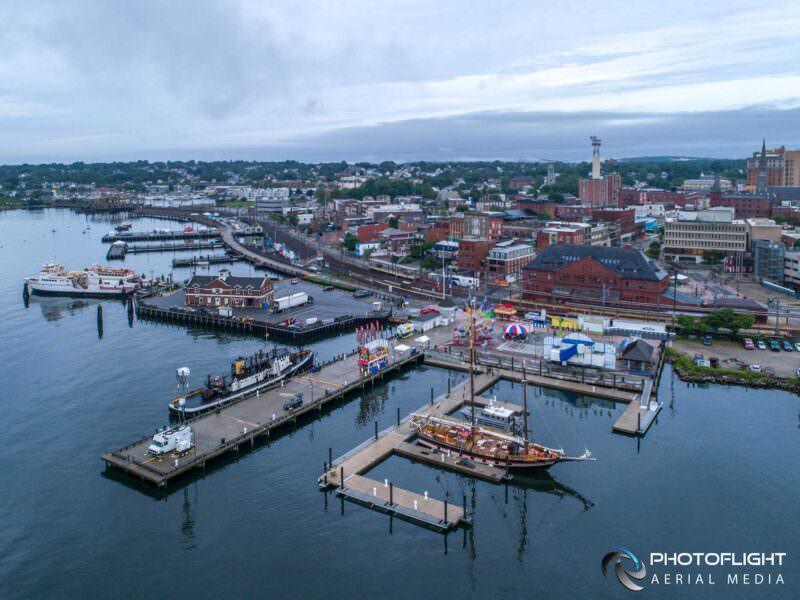 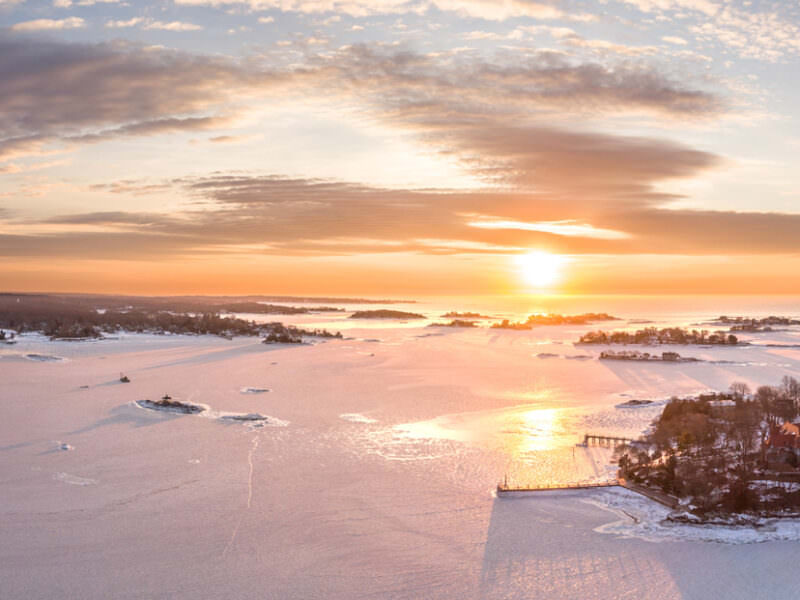